The Council built a basic clubhouse and veranda shortly after 1908. This had very limited facilities as was noted by a cartoon in the Reading Post celebrating the Club’s fiftieth anniversary in 1960. 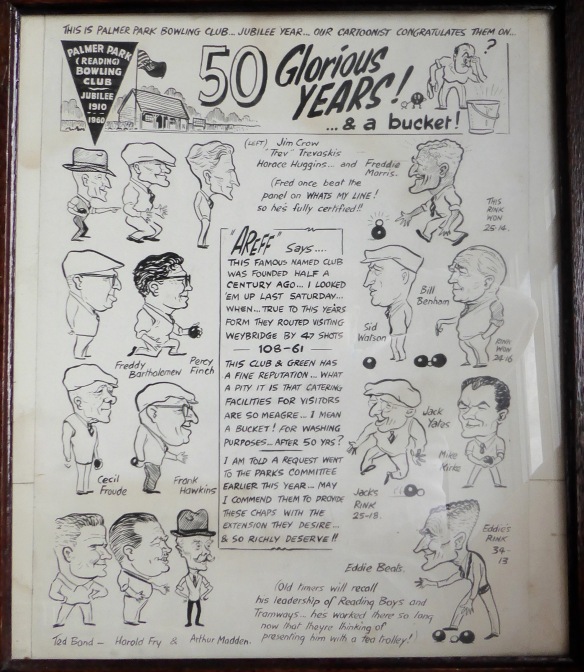 The Council added a kitchen at the west end of the building in 1966 and a toilet and two small dressing rooms at the east end in 1986. They converted the dressing rooms into additional toilets in 1991.

By 1994, the veranda was dilapidated and the roof was leaking. The following photographs were taken by the architect prior to the next building project. 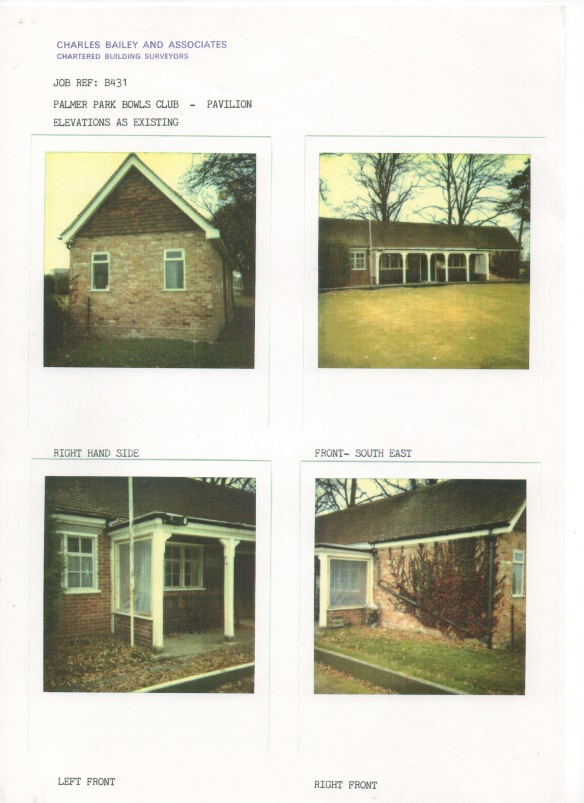 The Club members undertook a project to remove the veranda and add a new outer wall. The major part of the financing was from Club funds but a helpful grant was obtained from the Earley Charity. The original windows were bridged with RSJs to open up the Clubroom. The major work was carried out by club member Roy Wagstaff. Many other members volunteered to complete the project. 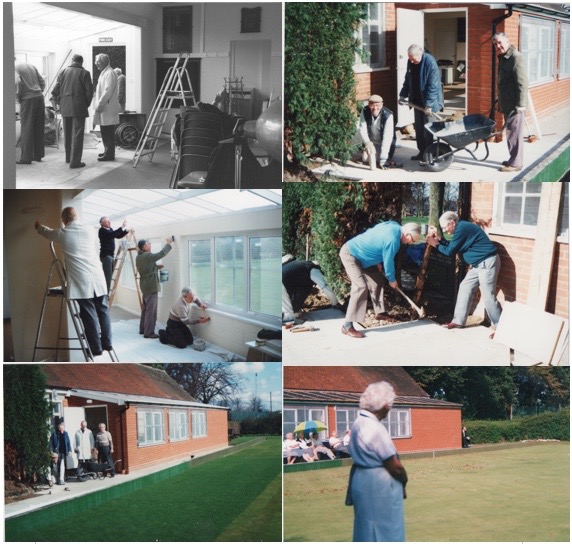 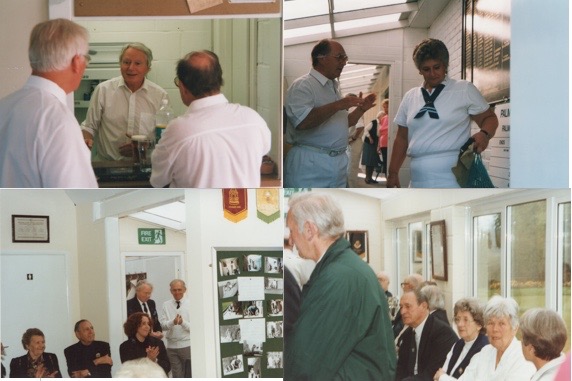